My name is zraca, and my goal is to write articles on some casual Yu-Gi-Oh decks I’ve been enjoying to spread the word about them and help give duelists an overview of the deck if they want to give them a try! Ever since the pandemic began, I’ve mostly been dueling online and taking a break from more competitive themes, instead trying to branch out with some casual decks that have interested me. For my first article, I wanted to take a look at the theme I’ve been playing with most recently: Abyss Actors! Let’s dive in and see what the deck has going for it.

1x Called by the Grave

Before I dive into the Abyss Actors Deck Profile more, I did want to address the direction I decided to take the deck in first, since it might look different from some other Abyss Actor lists on youtube or other places, namely from the lack of Script cards. The only two I run are Rise of the Abyss King and Abysstainment. I personally find most of the Script cards lackluster and not worth the space, save for the two I run. Although the field spell, playhouse, gives you the best way to get their secondary effects, most of them don’t work without setup, are redundant since they do something the deck does well (like search) or after your opponent commits, (which is counter-intuitive to the fact the field spell always triggers on the first effect your opponent activates).  Because of this, I instead choose to go a ‘going second’ route, which utilizes the high attack power and consistency of Abyss Actors to OTK the opponent and break boards.

Now then, let’s tackle the deck and what it can do!

Abyss actors are incredibly easy to set up, due to their incredible link monster, Hyper Director, and pendulum monster Mellow Madonna. They essentially allow you to set up your scales and be ready to pendulum summon off of simply having any 2 abyss actor monsters, which is nearly impossible not to open.

Basically, you summon any abyss actor monster, link into Hyper Director, scale another AA, use Hyper Director to special summon and replace it with mellow Madonna, then search with Madonna for wild hope, which you will scale and use its effect, setting up your scales as 2 and 9. It’s pretty simple and effective! From there, you can make a big pendulum summon and get your engine rolling!

One little anecdote, be sure not to use Madonna’s search effect before summoning Hyper director, or you’ll get locked out of summoning him!

That covers 3 of the Abyss actors, but what about the rest of the cast?

Superstar is incredible, preventing the activation of opponent spells/traps on his summon, protecting your pendulum summon (although not from cards like the solemns or counter traps, unfortunately) and also searching you a script from your deck and setting it. This is used to search one of our two Scripts: Abyss King, which is incredibly powerful as a board breaking tool, and Abysstainment, which can recycle it.

Evil Heel is mostly in here for his very high attack power to ensure you get damage in. He also can lower an opponent’s monster’s attack and recycles your scripts when he destroys something by battle, which isn’t difficult for him to do at all! His pendulum scale effect also helps weaken monsters.

Sassy Rookie provides additional protection when scaled, is tough to kill, and searches whenever he is destroyed! He isn’t one of our optimal scales like Madonna or wild hope, which is why he’s at 2.

Curtain Raiser, who is infamous as a pendulum staple, is even more helpful for this deck, providing an additional special summon as well as being a powerful recursion tool. The ability to yard a script to re-add an AA from the extra deck allows you to easily restart the combo I talked about above, making him a very important card in the deck.

Extras provide an easy special summon to help facilitate the combo so you aren’t incredible normal summon reliant as well as having a lonefire blossom-like monster effect to scale any actor.

Comic Relief is a powerful going second card, allowing you to creature swap away an actor by destroying him. The best part is you get to pick the targets, allowing you to trade away something like a 0 attack Extras for a powerful monster the opponent has! His monster effect isn’t relevant to how I built the deck.

Leading Lady is mostly here for utility and a name. However, it’s pendulum effect can also help recycle your actors when you take damage or weaken opponent monsters to ensure you can go in for game next turn.

Abyss Script – Rise of the Abyss King is the best script, hands down. Its ability to act as a massive board wipe based on the amount of attack position actors you have is nice, but the fact it can target face-up monsters AND spells/traps, as well as making itself unable to be responded to if you control a high-level actor is insane! It easily sets up OTKs and is my favorite card in the deck, one of the main reasons I decided going second was best.

Abyss Prop – Wild wagon is, unfortunately, unsearchable since it isn’t a script, but gives a nice level of protection, allowing you to make one of your actors untargetable for a turn as well as preventing destruction by battle. Putting that onto one of your Superstars or Evils Heels can make them pretty monstrous.

Allure and Extravagance are here for obvious draw power, with extravagance being extra good since you only care about Hyper Director in your Extra Deck. Called by the Grave helps to protect your Hyper Director since it’s a big Ash Blossom magnet.

Sphere mode and Radian were my choice of going second cards for a few reasons. First, the deck doesn’t need it’s normal summon thanks to curtain raiser and extras, meaning sphere mode won’t stop you from going off many times. Radian is also a dark, meaning you can banish him away with Allure when he’s not needed. The reason I don’t play cards such as droplets or lightning storm is mostly because of budget. Although I don’t want to shy away from a deck due to money, it is something that’s in my mind, since my real life decks are usually constructed on a smaller budget as well. You can make a good case for any of the powerful going second cards, so that’s up to preference!

The only card we care about here is Hyper Director. N’tss and Fossil Warrior are here in case your opponent uses something like Dogmatika Maximus, and Borrelsword and Accesscode are there to enable OTKs on turns when you don’t plan on using many Actor effects. Unfortunately, many of the Abyss Actor cards restrict you from summoning anything other than themed monsters, locking you out from your extra deck or making it a bad choice to do so.

Now that we’ve gone over the deck and basic lines of play, what are the deck’s strengths and weaknesses, and how powerful is it overall?

Abyss Actors are incredibly consistent thanks to Hyper Director and Madonna, meaning nearly any two actors is enough to start making plays, which is incredibly powerful! They also have incredible strong recursion, for monsters, scripts, and even overall board presence. If you do the combo turn one and literally your entire board gets wiped, all you need is a curtain raiser to get yourself back in play. Your ability to use Rise of the Abyss King every turn makes it difficult for your opponent to hold a board state since you can search it and make it unstoppable with Superstar. It’s going second ability and flexibility with what going second ‘bombs’ you want to use makes it quite powerful.

However, they’re a casual deck for a few reasons as well. First, the fact your extra deck is hard locked whenever you use any of the relevant effects. I honestly feel Abyss Actors could have been a powerful rogue choice once it got all its current support if this was the case. It can easily put out many monsters of similar levels, which could have made good XYZ and Link plays. It’s really a shame the deck doesn’t have the option. The other main issue with the deck is its linearity. If your opponent negates Hyper Director or even just Madonna, depending on your hand, you can have a tough time making a meaningful board. Even if your opponent hasn’t played Abyss Actors before, negating Hyper director is the obvious, correct, and easy play to make, which hurts the deck. I have played through multiple negates with the deck, sometimes ignoring Director, just pendulum summoning and using Rise of the Abyss King to clear board, but many times you fall short of an OTK that way.

Overall, I would say the deck is definitely solid and knows what it wants to do. It even can play out its game plan consistently but is unfortunately locked down by its own effects and can be very susceptible to negation, which is what defines many rogue or casual decks. That’s not to say it can’t steal wins and grind out lower powered decks, because it definitely can, and it’s a lot of fun to do!

Feel free to let me know your thoughts on the list and any advice or innovations you might have found in your experience playing them! Thank you for reading my Abyss Actors Deck Profile, and I hope you find my articles helpful in the future as I continue to write. 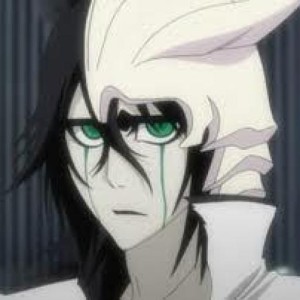 We hope you enjoyed reading this article. Sign up to be notified anytime a new article is posted on our website!

Welcome to Serpentcards, the Online Amazon Store for the Yu-Gi-Oh! Trading Card Game.
There are links on this site that can be defined as “affiliate links”. This means that I may receive a small commission (at no cost to you) if you purchase something through the links provided on this website.
Serpent Cards is a participant in the Amazon Services LLC Associates Program, an affiliate advertising program designed to provide a means for website owners to earn advertising fees by advertising and linking to amazon.com, audible.com, and any other website that may be affiliated with Amazon Service LLC Associates Program.

If you have any questions about this, then please feel free to contact us.